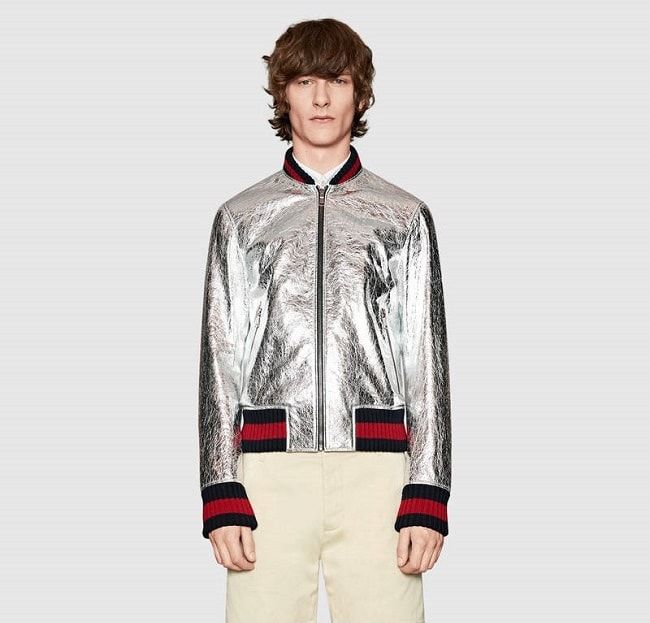 Back in 2015, countless menswear publications seemed to wonder if high fashion’s interest in sportswear had reached its peak. Remember that, in the couple of years before that point, we saw both high-end and streetwear brands dabble in the other, resulting in what can best be described as cross-pollination and blurred lines between the two. Yet, the boundary, many might say, hasn’t returned, and two years later, that fluidity is less a one-time occurrence and more a strategy for reaching a larger swath of consumers. Where and how do they meet? We list five common pathways: Through Luxury Streetwear  Over the past decade, a new type of streetwear brand made its presence heard. “Luxury” or aspirational lines like Hood By Air, Pigalle, and Public School, as well as the more recent crop of post-Soviet brands, hint at subculture origins – hip-hop, surf styles, and Gothic influences – but combine them with more sophisticated but still sportswear-influenced silhouettes and higher-quality materials. The result has been dubbed the “New York City” effect, symbolic of a city where multiple streetwear subcultures can coexist and borrow from high-fashion on their own terms. Simultaneously, high-fashion designers appropriating traditional streetwear silhouettes take this effect in a different direction – one reflective of how the modern man dresses and shops. Givenchy incorporating a camouflage print or Lanvin making a skate-inspired leather shoe exemplifies a move away from basics and toward wearable yet innovative pieces. As well, strategies like these symbolise how streetwear connects with the modern man and makes seemingly inaccessible fashion more tangible. By Reworking Sportswear Logos  Within the streetwear realm, parody logos date back decades, albeit in a context meant to take high fashion down a peg. However, higher-end brands have turned the tables on this method in recent years; Christopher Shannon, for instance, added parody logo-like graphics to his Spring/Summer 2017 and Autumn/Winter 2017 collections, both sportswear-influenced lines celebrating rave culture’s hedonism. Yet, there’s something iconic and classic about certain sportwear logos – for instance, the easily recognisable Champion “C.” Designers realise this, and perhaps in a move to make athleisure more authentically athletic, we’ve seen brands attempt their own spin on it: Vetements has its sideways “V,” VFiles directly borrowed it for its “Athl’c Dept” tees, and Bootleg Is Better hinted at the brand by utiliding lyrics from a Buju Banton song of the same name. Each iteration manages to reference Champion’s heyday in the 80s and 90s, returns to a timeless trope for selling clothing, and speaks to streetwear’s current obsession with the classic gym sweatshirt. By Using a Sportswear Silhouette for a CollaborationOf the countless fashion collaborations out there, the most memorable and longest-lasting ones borrow key elements from all brands or designers involved. As a result, these types of projects have paved the way for high fashion to use an authentic and practical sportswear silhouette. As the paradigm, multiple collaborations involving Adidas’ Stan Smith style show how each perspective produces something unique yet familiar without losing the shoe’s key elements. Beyond this instance, Yohji Yamamoto’s Y3 shoes, Jeremy Scott’s work with Adidas, and both A.P.C.’s and Riccardo Tisci’s Nike collaborations illustrate successful pairings. Through Alessandro Michele’s Version of Gucci  Although Gucci under Alessandro Michele’s direction borrows from most points mentioned above, its distinctive mishmash has manifested as its own independent confluence. A spot where sportswear silhouettes like track and athletic jackets enter Michele’s whimsically Technicolor retro world, only to leave with an intricate, colourful floral or paisley pattern. His vision, in essence, has evolved into its own entity; bright and bold graphic-centric designs, with the occasional embroidery or western elements, that further reflects sportswear’s everyday usage and a fast-fashion aesthetic. Yet, what’s been called the Gucci-fication of fashion hasn’t existed within a vacuum; through a trickle-down effect, more accessible brands like Zara, Topman, and Mango have attempted to replicate the same casual-yet-opulent balance. Through Hip-Hop  If any genre of music opened up the perfect pathway for high-fashion to merge with sportswear, it’s hip-hop, which, early on, associated itself with such quintessential sportswear brands as Puma, Reebok, Nike, Adidas, and Fila. While advertisers themselves shied away at first, the late 80s and early 90s finally saw said brands embrace the B-boy culture that turned their styles into edgy status symbols. Through the 90s and 00s, that “status symbol” aspiration aimed higher, first for preppy labels like Tommy Hilfiger and Polo and then for Gucci, Louis Vuitton, and Balmain – and secondly by hip-hop stars creating their own clothing lines. While hip-hop historians call this phenomenon “reverse appropriation,” in which artists create an escapist fantasy through styles often associated with extreme wealth, the pipeline and lyric call-outs got high-end designers to acknowledge the urban consumer’s power and brought us the rapper as a serious designer and tastemaker, giving us Kanye West, Tinie Tempah, Drake’s OVO, and Pharrell Williams’ Billionaire Boys Club. Article by Menswear Style :: Men's Style

Best Ideas For Makeup Tutorials : Whether you're just starting to figure...

Summer Hairstyles : Bedhead – The Most Popular Short Hairstyles on Pinterest...