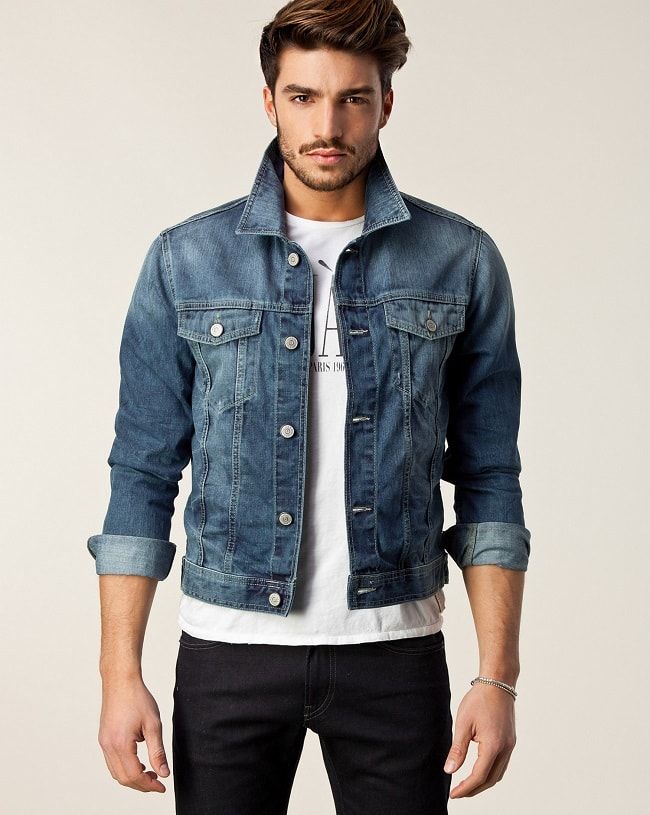 There's no denying that a new jacket is the most exciting purchase a man can make. A good outer layer can completely transform the look of an outfit. Not to mention that it will get more wear and be seen more frequently than almost any other item of clothing. This author never tires of collecting coats and jackets and given the endless variety of styles out there, it's unlikely he ever will. As with any garment, there are those outerwear styles that stand out against the rest. Styles that have been cemented as beacons of menswear heritage, imitated countless times and recognised the world over as true classics. Here we count down the greatest men’s jackets of all time and offer some styling advice for each one.M-65 Field Jacket  Since its introduction for use by the US military in (you guessed it) 1965, the M-65 jacket has gone on to become one of the most popular styles around. It's been reimagined many times over the years by pretty much every label imaginable and it's no wonder why; the M-65 is quite possibly the ultimate casual outer layer. Pair it with a T-shirt, indigo denim and white trainers for a super laid-back weekend look. Leather motorcycle jacket  Schott NYC made history in 1928 when it introduced the Perfecto motorcycle jacket to the market for the first time. The style really caught on after it was made famous by the likes of James Dean and Marlon Brando, solidifying its status as a menswear classic. This one is definitely best worn with a heavy dose of swagger, as well as a Breton top, slim black jeans and black Chelsea boots. Trenchcoat Originally an optional item of dress for the British army officers in the First World War, the trench coat didn't take long to find its way into the fashion marketplace and become one of the greatest styles of the last century. Humphrey Bogart helped in bringing the trench coat into the public eye in Casablanca and as a result, it is now regarded as a real classic piece. Try teaming one with a roll neck jumper, slim jeans and brown wingtip brogues. Parka  We may associate it with mods, Liam Gallagher and Kenny from South Park, but the parka coat predates all of them significantly. This style of jacket was invented by the Caribou Inuit who would wear it to shield them from the cold when out seal fishing. Since then it has been reimagined in countless different styles and is now an undeniable winter wardrobe staple. Wear it with smart, cropped trousers, an oxford button down and desert boots for a contemporary spin on the classic mod look. Coach jacket  If it's a lightweight summer jacket that you're looking for then you could do a lot worse than this classic piece of America sportswear. These light, collared jackets were picked up by hip hop groups of the 80s and 90s, most notably NWA, who thrust them into the public spotlight. The coach jacket is now firmly rooted as a streetwear staple and is a great choice as a light top layer for the warmer months. Try one in a dark shade with a white tee, selvedge denim and a pair of suede runners. MA-1 Bomber  You may be beginning to notice a pattern emerging here in terms of just how many popular outerwear staples were championed by the armed forces. Well, the bomber jacket is no different. The MA-1 was originally designed for the US Air Force in 1950 to act as an intermediate weight flight jacket to be used all year round. In the decades that followed it found a home with skinheads and punks, until it eventually filtered into the mainstream. Today it is regarded as a classic piece of outerwear and looks effortlessly cool worn with a crew neck sweater, fitted joggers and white leather trainers. Article by Menswear Style :: Men's Style

Best Ideas For Makeup Tutorials : Girly Wishlist: How to Get Inspired...